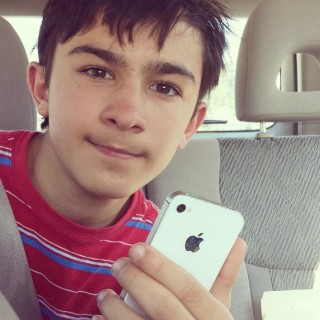 I write things that I think are funny.

Search Through My Genius

Death is never an easy thing to deal with it. It’s always hard, no matter what. Which is what I learned yesterday, when Jack, my clarinet teacher, died.

I have gone through a lot of death in my life. Family, friends, teachers. My own dad died when I was twelve. And I know the whole deal. The sadness. The crying. The yelling at God. And I thought it wouldn’t be this hard. I thought I would be good at this right now. I mean, I didn’t know Jack that well. I knew he was great at what he did. He really could’ve been something. But I never had a real discussion with him. The closest thing to a conversation I ever had with him was if he asked me how my day was and I would say “okay.” But when I heard what had happened, it was like a bomb that just exploded.

I think the saddest thing of all was how much he didn’t deserve to die. He was young, healthy, smart. Yet all it took was one car accident. His death was instantaneous. And the only thing I could really think of was how shocking it was. No one expected it. No one was prepared. But I guess you can’t really prepare for Death.

Death can easily destroy your outlook on life. Your beliefs, your mortality. And I think the most important thing is to not let Death itself get to you. Don’t let it kill your mind, your soul. Focus on the living, but pray for the family and friends that were close to the deceased.

So Jack, I really hope you’re up in Heaven. And that you’re playing the clarinet.

I’ve finally hit the thousand tweet mark on my Twitter. I knew it would happen eventually. I just had so much useless nonsense that apparently had to go on Twitter. Sometimes I would make jokes:

Then there was just random stuff that apparently I thought you guys had to know about.

And apparently I also know what you need in life. A dog and a PS4. That’s it. Because who needs water, oxygen, food, and shelter when you have cuteness and video games.

Today right after school got out, a huge storm hit us. We were bombarded with rain, some of the most I’ve ever seen in my life. There were tornados near my area, though thankfully we did not get hit. And then, a few hours later, this happened.

Kind of makes you realize even how dangerous and chaotic things can get, there’s always a calm after the storm.

This post includes all the types of people who I hate, and why. Because who doesn’t like a little cynicism once in a while.

1. Kids Who Abuse Drugs and Alcohol

Now I know when you’re a teen, you start to get curious about things like sex, drugs, and alcohol. Everyone does. And maybe like one small glass of alcohol every year for a special occasions is okay. But when kids start drinking and abusing drugs constantly, then that’s not okay. One, you don’t know how to properly use those substances, so you’re more likely to get alcohol poisoning and other things. Two, you’re parents will probably find out. And when they do, you will be screwed. Because come on, you’re just a stupid kid. One slip up is all it takes for Pops to find out you’ve been drinking and you will be grounded forever. At least that’s what I would do to my kid if I found him drinking. And three, you might think that it won’t happen, but you might be flat out wasted, decide to drive, and then cause an accident or kill someone. Or you do something else stupid that you will probably regret. I mean, the possibilities are endless. They go from something humorous and embarrassing such as a video that goes up on the internet of you wasted (try getting a job then) or the possibility of people taking advantage of you in very… horrible ways.

2. People who call themselves Christians, yet act like idiots.

This kind of ties to number 1. They say they believe in God, they call themselves Christians. Yet most times they’re the ones drinking and smoking and doing idiotic things which I’m pretty sure God wouldn’t like. I’m not saying that Christians have to act like they’re better, but don’t you want to set an example to everyone. I mean, if you believe that Jesus died for your sins and you go to church every Sunday, don’t you want to act like you actually believe it. Apparently not. I call the kids at my school who believe in Christ yet are the ones partying and drinking spectators. They take part in Christianity every Sunday, yet don’t apply it. I find it maddening when I see kids every Sunday who are drinking and partying and acting like idiots come and sing the hymns and pray, and don’t actually apply what they learn in church. They just do it so they can get a free ride to the big house in the sky.

3. People who constantly talk about suicide and depression on social media.

Now I understand if someone is depressed, they might want to vocalize it on social media. Say “Hey, I’m having a tough time right now. Can someone help me out or pray for me? I’m just really struggling here.” That’s fine to do it once or twice. But when it’s constant, when the only thing they talk about is death and cutting and suicide, then it gets kind of stupid. After they do it constantly, you know they’re just doing it for attention. Here’s some good advice. How about instead of just posting to Instagram about your problems, find a therapist or teacher or someone to talk about it with instead of just unloading your baggage out to people who probably don’t even really care.

4. People who judge you over the pettiest of things.

This kid at school constantly gets on me for the littlest things. One time, I posted a picture of my new Vans on Instagram. Then, the dude commented saying “Why didn’t you get Nikes

I replied saying “Because I already have a pair of Nikes, and I wanted a pair of Vans.

So apparently I’m lame for buying the wrong type of shoes. Then, when I actually did buy a pair of Nikes, I posted it on Instagram. And the same kid said this.

It seems to always happen with this specific person. I one time said I didn’t like rap music, and he got onto for an hour that I should like rap because that’s our generation of music, that I don’t listen to rap enough to know if I like it or not, and that I’ll be left in the dust when I’m still listening to Pink Floyd and Green Day. One, most of the music made today is &*%$. Two, I’ve listened to enough rap to know I don’t like it. And I never said anything like “RAP SUCKS!” I just said that I don’t like rap music and it’s just my opinion. But apparently saying you don’t like listening to rap music is the equivalent of saying that I’m a nazi or something. And Three, just because it’s old doesn’t mean it’s not good. I love Green Day. I like Pink Floyd. Their music has still stood the test of time to me. And also, I do like some new music. I like the Killers, Mumford and Sons, Green Day who are still making new music, and a few other bands.

It’s stupid how some of the littlest things can tick people off. It’s just a different opinion than yours. You don’t have to stone me for it. Just get on with your life.

5. People who brag about their score on an app.

It’s an app. On you phone. No one cares if you got 55 on Flappy Bird. No one cares how good your base is on Clash of Games. It’s a stupid game on your phone. Stop acting like you just got an award for being fairly good at Angry Birds. NO ONE CARES!

6. People who use incorrect grammar on purpose.

You don’t look cool when you use incorrect grammar or say something wrong on purpose. It just makes you look like an idiot.

7. People who think the teacher is after them.

“I FAILED A TEST! THIS IS ALL THE TEACHER’S FAULT! SHE’S TOTALLY AFTER ME!”

No. You’re just an idiot. You failed that test because you were too stupid to study. The teacher doesn’t hate you. She’s not racist. You’re just dumb.

Here lies my hope for humanity. You died today. You got so tired. You were so done. With all the people. The people just brought you down to your knees. They kicked and hit you until you crumbled. They laughed at your misery. They didn’t care about you. And then you just gave up. You were done. They had broke you. You saw so much pain and sadness that they brought. And you couldn’t bear it. Couldn’t bear to see the pain these people caused, not to just you, but to others like you. The people who also hung on to their hope. But they were also bombarded of that pain brought on those scum and trash out there. And the worst of all of that was you realized that those scum happened to also be some of your friends. And they hit you the hardest. I’m so sorry that that happened to you. Rest in peace.

It was hard when I realized you were gone. But I have now accepted the fact and have moved on. Because I now know the world is full of horrible people. I tried thinking that people had some good inside of them. And I hung on to that has hard as I could. But I couldn’t hang on any longer. But you know what, that’s fine. I know the world is full of trash, and that’s okay. Why, you might ask. Well, it’s because of this quote from author A.S. King. And it says this.

And so far, it has helped.
So, what are you doing to make sure you are not one.

Well apparently a 14 year old girl thought so. That’s why she said on Twitter to American Airlines that she was apart of Al Qaida and on June 1st she would do something really big. And American Airlines wasn’t really happy about that tweet. To find out more, watch this video about how this girl made me lose all hope in humanity.

Also I got this comment, and Melissa, thanks for calling me “smart and cute.” I’m not sure if you’re hitting on me or not, but whatever it is, you is cool.

(And also you forgot to put an apostrophe in you’re, but it’s okay. We won’t judge you)

The Blog By a Kid
Create a free website or blog at WordPress.com.